First, I would like to state that this topic is a broad one that cannot be exhaustively treated in a single discussion. However, I will try to make the topic clearer within the scope of the questions I will be asked. Although I have developed my notes in consultation with some evidence from top development organisations, I wish to clarify that the opinions/views expressed are mine and not of those organisations. Thank you.

1. What is your perspective about Climate change

Simply defined, climate change can mean an extended deviation from the average (and normal) weather pattern usually because of human activities such as the burning of fossil fuels, poor agricultural practices, and industrialisation.

2. How does it affect the economy of a nation

There are many ways climate change affects a nation’s economy. One thing is clear in that it is a global phenomenon. It means everyone and everything is affected, although with varying degrees. Many international development organisations have shown that low-income countries are more vulnerable to our changing climate with children, women, youths, and agri-food actors at the receiving end of this challenge. These categories of people are very important to any nation’s development, whether in agriculture or elsewhere, and as such, must be supported.

Specifically, it affects many sectors that support the growth and development of nations. Sectors like Agriculture, Health and so on are affected.

For instance, many people are going hungry due to climate change, especially in developing economies, according to the FAO of the United Nations. It establishes that our failure to act swiftly may push more people into poverty & hunger [See FAO’s Work on Climate Change – http://www.fao.org/3/CA2607EN/ca2607en.pdf], hence, we need to strengthen smallholders farmers’ resilience to climate change.

In terms of health, people will be vulnerable to more sicknesses from air pollution. Floods will increase in certain countries and nations with poor infrastructure will suffer most from the consequences of floods on their poor citizens. I wrote a non-research article about 4 years ago on “Climate and Health”, immediately after my undergraduate studies. You will find it published with the Nigerian Tribune on this link [https://tribuneonlineng.com/climate-health-healthy-climate-healthy-people/]. We must understand that a healthy climate will support the emergence of healthy people needed to drive economic growth.

3. What is the concept of the Economics of Climate change

Simply put, it is how we look at the economic costs and benefits of climate change including the measures we adopt to mitigate or adapt to its consequences.

In essence, this helps us to weigh the costs and benefits of climate change and the measures to combat its effect, thus, helping us see if it makes sense to act and why we must act NOW. According to Stern (2007), the worst level of market failure may result if the current trend in the level of emissions is sustained, thus, resulting in a significant decline in human well-being.

For deep understanding, I recommend a further reading of the “Stern Review: The Economics of Climate Change”. You may find it in your relevant institutions’ libraries.

5. How do you think a nation should position itself in climate change mitigation.

I think both adaptation and mitigation strategies are important to this issue because our climate is already changing, and poor nations are already bearing the brunt of this menace. Therefore, adaptation is as critical as mitigation is. These two are the generally identified frameworks for responding to Climate change issues.

The Organisation for Economic Co-operation and Development (OECD) defines mitigation as “reducing climate change itself, by lowering emissions of greenhouse gases” and adaptation as “taking action to reduce the adverse consequences of climate change, as well as to harness positive opportunities”.

Adaptation strategies should be holistic. It should be core to all economics policies, projects and aid efforts [OECD, 2010]. For instance, Khanal et al., (2021) posited that climate change adaptations have the potential to enhance smallholder farmers’ efficiency and productivity in food production, thus increasing the potential to achieve Sustainable Development Goals. Therefore, governments and relevant stakeholders should encourage and support agri-food actors for climate change adaptations.

In terms of mitigation, the OECD (2010) explains that renewable energy technology, policies for improved energy efficiency, and the promotion of improved urban planning and public transportation may be important pathways to climate change mitigation and economic growth of nations.

6. What are some of the current effects of climate change on the economy of a Nation

The currents effects are many and devasting. It affects our everyday lives, ecosystem, and livelihoods. The poor are the most affected. According to the Intergovernmental Panel on Climate Change, these effects taken as a whole, the range of published evidence indicates that the net damage costs of climate change are likely to be significant and to increase over time.

Few of the areas where we see climate change currently hurting us are but not limited to:

7. What are the prospective effects of climate change on the economy of a Nation in the future of not well addressed

Many agree that effects could be long-term, meaning that unborn generations may suffer consequences of our current actions on the climate.

Some of these are:

8. Any advice and final words.

The year 2021 must be a year of real actions, more actions, and less talk. If we fail to take actions, things could get worse. By taking continual actions, we will be able to build on the progress made thus far. 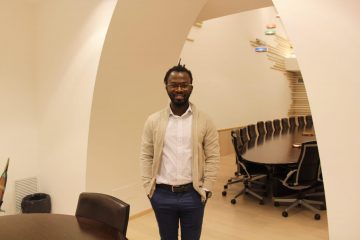 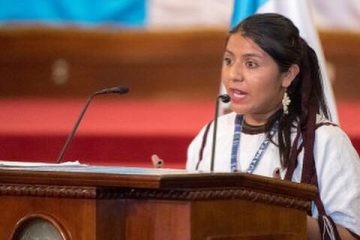 Ensuring Food Security in the Time of Covid-19