Recognizing Agricultural Landscape Beyond Their Productivity

The role of human in massive destruction of the forest landscape has been widely recognized and global efforts are underway to restore the forested lands, but degradation of the agricultural landscape is less well recognized. Changes in farming since pre-industrial time have had a profound effect on biodiversity through intense cropping which led to loss of several abundance species on landscape (trees, wetlands, grasslands, animals, and plants). Earliest responses were the establishment of protected areas for the protection of biodiversity. However, protected areas are faced with increasing pressure from expanding populations around them.

Agricultural landscapes often include important fragments of forest or grassland. Fragmentation of habitats is a symptom of severe ecological degradation, and the biodiversity in small fragments can be highly threatened. Agriculture covers about 50% of the potentially productive surface of the earth, while protected areas account for only 17%. Given the massive loss of biodiversity since agriculture has become widespread, intense and simplified, it is clearly important to understand how the trend can be reversed and how agricultural landscapes can be managed to contribute to biodiversity conservation. The way that land is managed can have a big effect on biodiversity. For example, Tillage that involves deep ploughing of vast areas of land will eliminate most biodiversity, including having a profound effect on soil biodiversity. Many of the measures to restore land are very effective in restoring biodiversity (introducing trees, controlling erosion, reducing water loss and practicing mixed farming).

How Best Can Different Agencies Work Together at National Levels with Farmers To Ensure Success In The Use Of Integrated Land Use System On Agricultural Landscape?

Farmers are usually the grassroot people who utilized the agricultural landscape for their livelihood and to support national food production. They understand their landscape better and have been practicing for a long period couple with their indigenous knowledge to adapt to changes in their environment, and increasing food production. According to Opeyemi Elujulo, farmers have lost trust in different agencies (government, private, NGOs, researchers) as they usually approach them to get their knowledge and give them promises that never comes to fulfillments. He added that, if we are to work with farmers there is a need to gain their trust first and respect their knowledge.

Farmers are faced with several crises amidst the increasing climate crises, national crises, and most times farmers investment does not reflect their income as the cases of urban bias occurs. According to Opeyemi “Farmers want to increase their income by increasing their productivity”, finding a best approach to build synergies with them and for adoptions to recognize the agricultural landscape beyond productivity can only be done by:

Opeyemi mentioned his current project which deals with farmers. He said farmers were not ready to listen to them on their first approach because they thought they were from the government. Prior to their approach, he said government has approached the farmers, took data from their lands, and offered them lot of promises which the government failed to fulfilled. Opeyemi said he had to engaged with farmers about their project and how the farmers will benefit. He added that they were consistent with visiting the farmers till the farmers gain their trust to build synergy with them. For trust to be gained, promises needs to be delivered on, farmers need resources and communities needs intervention. Opeyemi added.

Often time different agencies are not aligned with their priorities and policies, bringing in communication gap, and different goals to address the same challenges with farmers. Different agencies coming together especially at the private, government, and NGOs levels needs to work with farmers and incorporating their knowledge in policies for implementation. In addition, there is a need for a framework for the implementation of these policies to ensure a measure of success and proper monitoring said Opeyemi. If we want farmers to adopt any innovation, we must communicate with them in the knowledge they understand. Opeyemi mentioned that this can sometimes be done through story telling from experts in the field. Opeyemi shared his experienced with farmers on how they have been dealing with the problems of infestation using local methods. He said, “I happened to be in a farmers meeting and one of them complained about insect predation on her farm and how she has been trying to control it which was not successful. Another person had to mentioned that he also faced the same issue but used locust beans water to control the insect predation which worked.” Communicating in the language the farmers understand will increase adoption among farmers

Biodiversity is vital for ecological functions and their degradation not only leads to their loss but also habitat fragmentation. For habitat to maintain their integrity and functionality, there needs to be best approach to achieve that. In the case of agricultural landscape, farming practices that will enhance biodiversity needs to integrate into the agricultural landscapes.

For example, the use of Agroecology practices. The food we are eat should not just be in quantity but also in quality which agroecology offers. Opeyemi expresses his view that agroecology system has not been fully accepted by farmers because the startup is expensive, and the market is not embraced. It comes with using natural biological substance which are expensive. People do not recognize the difference in organic and in organic products as people will naturally go for products which are cheaper in price, and this limits the market for agroecological products considering the cost of production thus limiting the adoption of agroecology itself. He added that, Populace needs to be educated about food produce through agroecology to appreciate farmers effort. If Agroecology products are not accepted due to unavailability of the market and price, then the use of inorganic products is a threat to biodiversity on agricultural landscape.

Opeyemi also expressed his view on the use of hybrid seed in agricultural landscape. He said “We need to go back to embracing our local seeds”. He added that, there has been one-sided knowledge as regards the use of hybrid to increase yield within a short period of time. Most farmers do not recognize their soil or do any soil testing, they just keep using it until it gets degraded, and they move to another which is not healthy for the landscape. For Opeyemi, hybrid seed has an impact on the taste of the food we eat, leads to introduction of infestation, and impact the cost of production for farmers. And much reason there is a need for local seed storage bank as our local seeds advocate for the threat posed by hybrid seeds. The adoption of agroecology needs broad knowledge sharing and looking into different scope to enhance its adoption and achieve a seminatural habitat that can mimic a natural habitat.

In addition to the land use methods, farmers needs to understand the role of trees on farm beyond its monetary benefits such as in the cases of erosion control and restoration of biodiversity that will make the landscape function well. This can be achieved through provision of incentive for farmers which is not necessarily about money but can be inform of capacity building and trainings to support the farmers, or platform for farmers to be heard. The language of communication also matters which should be in their local language to influence adoptions of these practices.

Learn more from the GREEN TALK with Elujulo Opeyemi: HOW BEST CAN DIFFERENT AGENCIES WORK TOGETHER WITH FARMERS TO MAINSTREAM BIODIVERSITY INTO AGRICULTURAL LANDSCAPE

Recording for this session can be found here: (107) WORKING WITH FARMERS TO MAINSTREAM BIODIVERSITY INTO AGRICULTURAL LANDSCAPE – YouTube 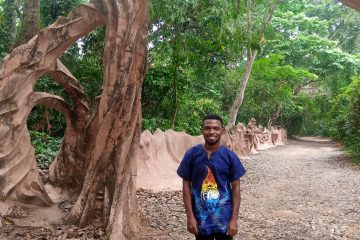 Some rural communities guard sacred groves which are remnants of ancient forests, as homes and dwelling places for their gods/deities. Such communities rely on local resources for their daily needs and cherish nature for the Read more… 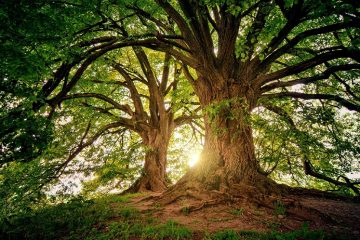 In a welcome development, the global climate narrative is witnessing more acceptability from diverse stakeholders across the economic spectrum. Even digital economy players, including Big Tech, have announced climate-linked goals and targets in an attempt Read more…